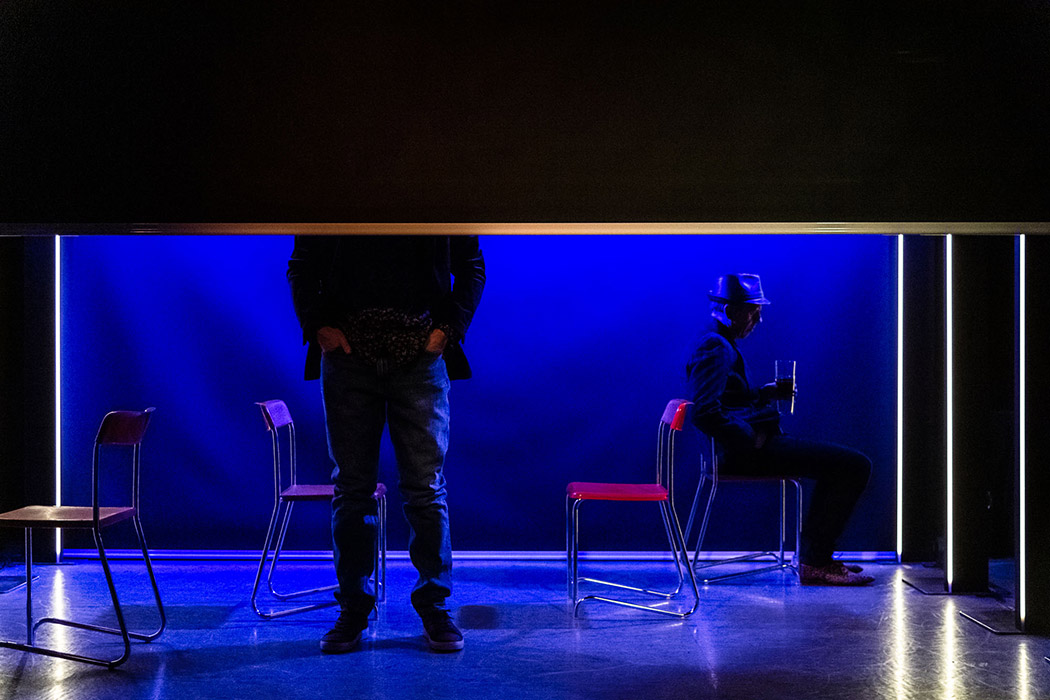 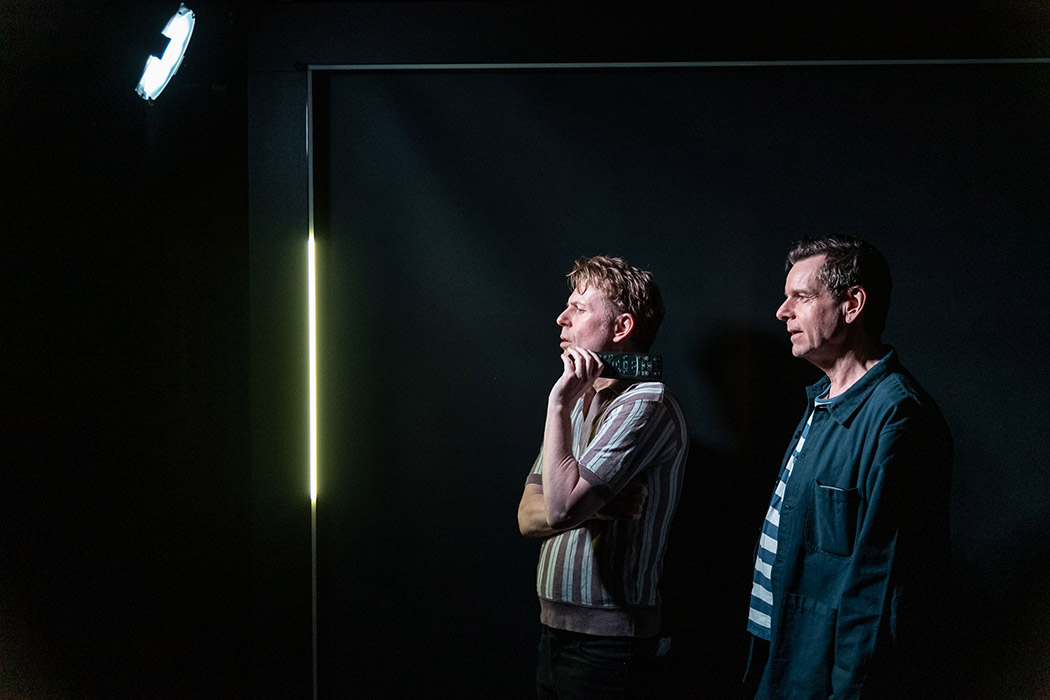 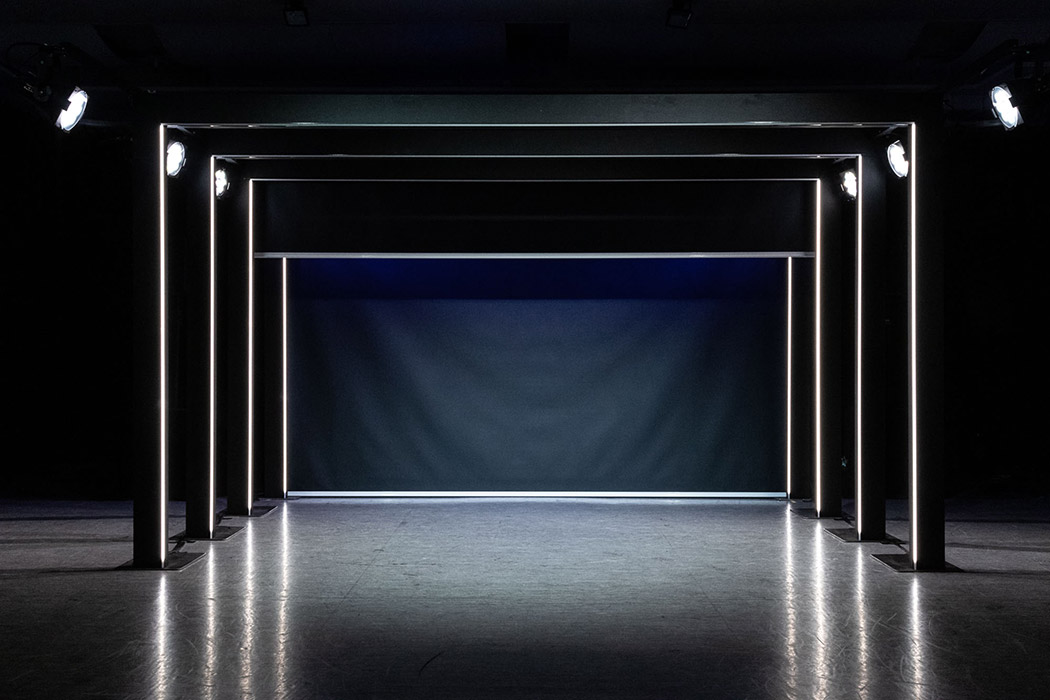 A play about friendship. The design is a room consisting of four frames, each has a roller-curtain behind it. The performance starts in front of the first curtain, and as the story develops and the depth and complications of their friendship unfolds, the curtains unfolds one by one, as well as going back and forth and creating new rooms and various layers, allowing the actors to play with being cut of from each other. In the end of the play, when they lost all the attempts to keep up a surface, the last curtain is opened and the theatre stage is revealed.

ENGLISH
They move around and inside a booth with height-adjustable partitions, which may represent how people divide their lives into different compartments. The private sphere is complemented by the interaction in the pub, which in turn is accompanied by world politics on the news.

Johanna works with scenography and costume design for theatre, dance, film, photography and her own projects and collaborations.